You are here: Home / News / The U.S. Capitol
QAnon is growing with fierce energy. Many splinter groups are, all who have taken Trump as their savior. They will go through the justice system by June 2021, but until then there will be further violence. What can we do?
STAY CALM AND CARRY ON
it’s so cliche, but for good reason.
So it’s not the other half of the country. It’s a dozen splinter groups which have joined together under Trump, who ran amok in our Capitol, and who will continue their frenzy – until June 2021.
You do not have to feel isolated or alienated from other Americans. Americans are friendly, and funny. Gemini rising – likes to talk a lot. Playful. The propaganda of the divide sanctioned by The White House – that will be over soon. That’s one thing we have to look forward to very soon.
We also can look forward to life. We are alive! Every single day is a blessing. As worn out, as crushed, as traumatized as you feel now, know that these feelings will pass. By the time Uranus goes direct next Thursday, January 14. The shock may not for a while, and the memory will linger.
The new Capricorn Moon next Wednesday, January 13 is a new beginning. This can affect you for up to 3 days afterwards, so through Saturday, January 16 you begin a new relationship. Depending on your chart placement this will determine what kind of relationship, lover or business partner, country, or fellow Americans, agent or general manager, family or spouse. It will give you security, and movement.
Again, I could go on, but I have to write your horoscopes now! Now, do something that gives you joy, if just for a minute, and write down the things you have to look forward to. A whole list of them. Call a friend. Grow stronger as you do these things. Bravo.
Take care.
EARLIER PREDICTION: January 6, 2021
I see that Trump is not yet done. He needs to be removed immediately, but will not be. His followers are feeling so empowered, so giddy with their visit to our Capitol, that more violence is being planned. Even the Inauguration will be – cataclysmically – shocking.  Many inside jobs. Taking selfies with grinning policemen was a real highlight for the violent mob. Only one example. I could go on, but I know how worn out we are at the moment. And shaken, and some of us in shock. Take care. Replenish, sleep, and then – back to defending our democracy. Godspeed. 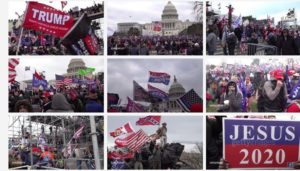